Tim comes from a military and law enforcement background having served with both the US Army and the Opelousas Police Department. In late 1992, during his term with the police dept., he suffered a back injury and subsequently had to leave his profession as a police officer. In 1995 he started Barney's Police Supplies and after 25 years of business has grown to 3 locations Louisiana and Mississippi with outreaching territory in Texas, Louisiana and Arkansas. We became the largest supplier to law enforcement, first responders in the area with physical locations and sales support personnel. In 2006 Tim and Barneys joined NAPED, "National Association of Police Equipment Distributors". In 2007 he was elected to the board of directors for NAPED and subsequently served 9 years on the board as well as the position of VP and President for that organization.

In 2003 he became acquainted with Ray Reynolds, founder of Gunbusters USA. who at the time was working for SigArms.  In 2015, Ray began working with Tim to form Gulf Coast Gunbusters, a sister company to Ray's founding business, Gunbusters USA. In early 2016, Tim began operations for Gulf Coast Gunbusters covering Texas, Louisiana, Mississippi and Alabama. He is currently running both companies as they support law enforcement agencies to service a full compliment of areas for their needs. He is also a proud member of the NRA and the National Shooting Sports Foundation.

There has been a significant increase in the number of firearms seized by or surrendered to law enforcement agencies. While seizure and recovery numbers are not published, public ATF and FBI data reflects over 373,000 traces of “crime guns”, were conducted in 2015, while in excess of six million firearm serial numbers were checked by agencies. It is estimated over one million guns are recovered annually by law enforcement, not including those obtained through agency buy-back programs.

In some agencies, seized guns are destroyed by sawing in-half or cutting with an acetylene torch, while others are crushed with a sledge hammer, all inherently dangerous methods. A few agencies transport weapons to car shredders (also used for firearms shredding) or foundries, requiring significant resources, with an increased risk of loss or theft during the process. Monthly, to the chagrin of police administrators, there are reports of supposedly shredded or burned guns reappearing in new crimes. Due to federal air pollution violations, the EPA is closely monitoring such processes.

Agency administrators report their frustration with hidden costs, normally not shown in their budget, for the packaging, storing, record-keeping and eventual destruction of firearms; a number having to increase the size of their storage rooms. 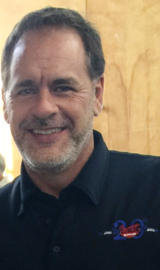 Reynolds recognized the need for a safe, simple and secure method for agencies to destroy the increasing number of confiscated and surrendered firearms. For over two years he searched for a viable solution to the destruction issue, resulting in his design for an on-site and transportable pulverizer, specifically designed to destroy firearms. To document the destruction, he designed a computer and video verification process for the system. As a result, he was issued two U.S. Patents plus Trademarks, all assigned to GunBusters, LLC. 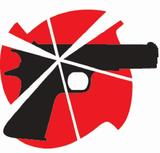 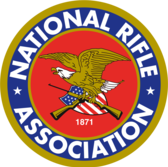 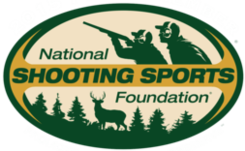